by The Raving Beauties 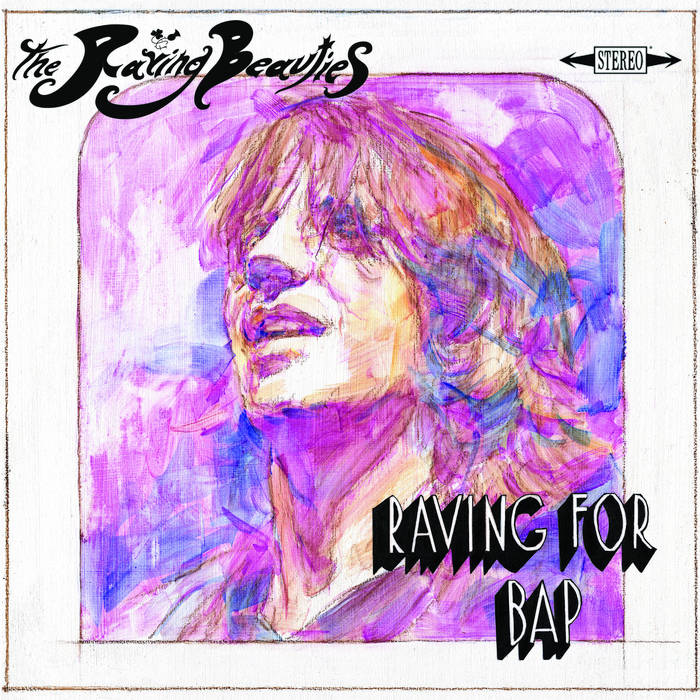 "We miss Bap Kennedy. There was a tone in his music that will not be replaced. It was an authentic part of the man and there was a grain in his voice that related like Hank Williams, Townes Van Zandt or Gram Parsons. Fathoms of blues. Untold stories between the cracks in the words. His lyrics hinted at the deeps but he wasn’t inclined to put it all out there. You had to trust Bap, and we did.

I used to see him perform with Energy Orchard at the New Pegasus in north London, 1988. They were a displaced Irish band in a fusty venue on Green Lanes. When they played, the venue was busy and most of the people there were also immigrants with cracked histories, sad eyes and a bit of drink in them.

But they were uplifting nights because Energy Orchard had the songs and the chops and Bap rallied all the souls when he sang about the waterways and the passage out. These were sentimental tunes about the beautiful girl and the leaving of Beechmount and the cost of a livelihood across the Irish Sea. Paul Brady and Christy Moore were writing those songs also, but that did not lessen the ache. And of course there was the ultimate touchstone of ‘Astral Weeks’, Van Morrison’s album about the roving condition. Bap sang ‘Walk In Love’ in a simpatico style. He was searching a direction home but ‘Hard Street’ was essentially a tough passage.

Energy Orchard channeled it well for a time and then Bap lit out alone for Nashville and the essence of Hank, the Hillbilly Shakespeare. The connection was well met and ‘The Way I Love Her’ was proper, lovesick blues. Steve Earle was helping out and Nanci Griffith sang a while and the wells of melancholy fetched up many good songs. ‘Lonesome Lullabye’ was rough comfort. He also co-wrote with Van, sang with Shane MacGowan and there was beat literature in ‘Moriarty’s Blues’, a treatment on the ever-rolling Neal Cassady.

Bap did make it home and into a profound relationship with Brenda Boyd. He started to slough off layers of reserve, sang about space travel and the rescued Chilean miner Jimmy Sanchez. He was happily realised as an artist and a man in love. The cancer came and he blogged about his lot with great poise and honesty. His fans put his music all over social media and the guy came to appreciate how many people were listening and believing. We lost Bap much too soon, but the music offers a deal of consolation.

Brian Bell and The Raving Beauties understand this. Their recordings have a lift and stylistic verve, but the original heart still pushes blood through those chambers. Such a songbook, and doubtless many other artists will visit it over time. This is a beginning, of sorts."


The music of much-loved Belfast singer-songwriter Bap Kennedy is being celebrated in a new release 'Raving for Bap' by The Raving Beauties (Brighton-based auteur Brian Bell's fictional west coast 60s jangle-pop combo). The release marks the 1st anniversary of when Bap passed away at the Hospice in November 2016 after a courageous 5-month battle with cancer, and all profits will be going to Belfast's Marie Curie Hospice. The record, which features original cover art by acclaimed County Antrim artist Kenny McKendry, will be available on limited edition 10” vinyl and on digital download from the Farm Music label, and includes songs from Bap's solo career as well as his years as frontman for Energy Orchard. The project is a collaboration between Brighton-based Belfast expat Bell and Oxford/Sussex band The Dreaming Spires (“one of the finest bands in Britain today” - Ralph McLean, BBC Radio Ulster) with multi-instrumentalist Joe Bennett (Co-pilgrim, Dreaming Spires, Saint Etienne) handling production duties.

All proceeds will go to Marie Curie. “For every tribute E.P. bought you’ll be supporting people living with a terminal illness, helping us provide more care and support when it is most needed. We’d like to thank Bap’s family, The Raving Beauties and everyone involved in the E.P. for supporting Marie Curie.” - Ciara Gallagher, Marie Curie.

Marie Curie is the UK’s leading charity for people with any terminal illness. The charity helps people living with a terminal illness and their families make the most of the time they have together by delivering expert hands-on care, emotional support, research and guidance. Marie Curie employs more than 2,700 nurses, doctors and other healthcare professionals, and with its nine hospices around the UK, is the largest provider of hospice beds outside the NHS.

The music of much-loved Belfast singer-songwriter Bap Kennedy is being celebrated in a new release 'Raving for Bap' by The Raving Beauties (a collaboration between Brighton-based Belfast expat Brian Bell and Oxford/Sussex band The Dreaming Spires), marking the 1st anniversary of when Bap passed away after a short and brave fight with cancer. All profits will go to Belfast's Marie Curie Hospice ... more

Bandcamp Daily  your guide to the world of Bandcamp